The concept of spirituality differs from organized religion. Neither is necessarily better than the other, and they can be related. However, they’re not the same, as had commonly been accepted in the past. You don’t have to embrace a religion in order to be a spiritual person. Spirituality encompasses a wider set of circumstances and evolves over time. It’s something that an individual determines and shapes, rather than a doctrine or structure to be followed. That’s not to say you can’t be a deeply religious person who is strong in your particular faith and still pursue other spiritual endeavors. The two can exist simultaneously. To make things a bit clearer, let’s take a look at some of the more specific ways in which spirituality differs from religion and faith.

Religions are comprised of congregations or followers. Their focus in on sharing their teachings with a group of people within their ranks. Spirituality, on the other hand, is a very uniquely personal endeavor in which the individual creates their own meaning. You decide as an individual which direction to take with your spiritual studies. You may choose to pull certain guiding principles from a particular religion or philosophy and combine them with tenets unrelated to any organized group whatsoever. When it comes to following a spiritual path, what matters is that the practices resonate with you.

Most formal, organized religions are quite structured. Followers are often expected to attend worship in a specific meeting space on a designated day. Rituals are frequently part of that worship service, and as a rule, the entire congregation must follow along. You can practice your spirituality in a much more fluid way that best fits your lifestyle. What matters most on a spiritual journey is the way in which you personally decide to format your practice and how you choose to prioritize your beliefs.

Your spiritual path is usually one that’s walked alone. While you have the benefit of choosing your own guideposts as you go, doing so can be a bit of a lonely process. When it comes to religion, most folks can depend on their congregation members for support, guidance, socialization and fellowship. Each has its own merits.

When it comes to spirituality, what you consider to be truth is pre-determined only by you. Most organization religions have a holy book or document that spells out universal truths for followers. There can be a great deal of comfort in following the gospel truth as you see and believe it. However, some people prefer the ability to look for their own version of truth in the world through their lived experiences and through research.

These are merely a few of the differences between spirituality and religion. Spiritual pursuit, combined with meditation, can help you to live each day more fully and in alignment with your own personal truths. 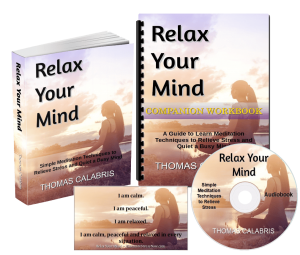